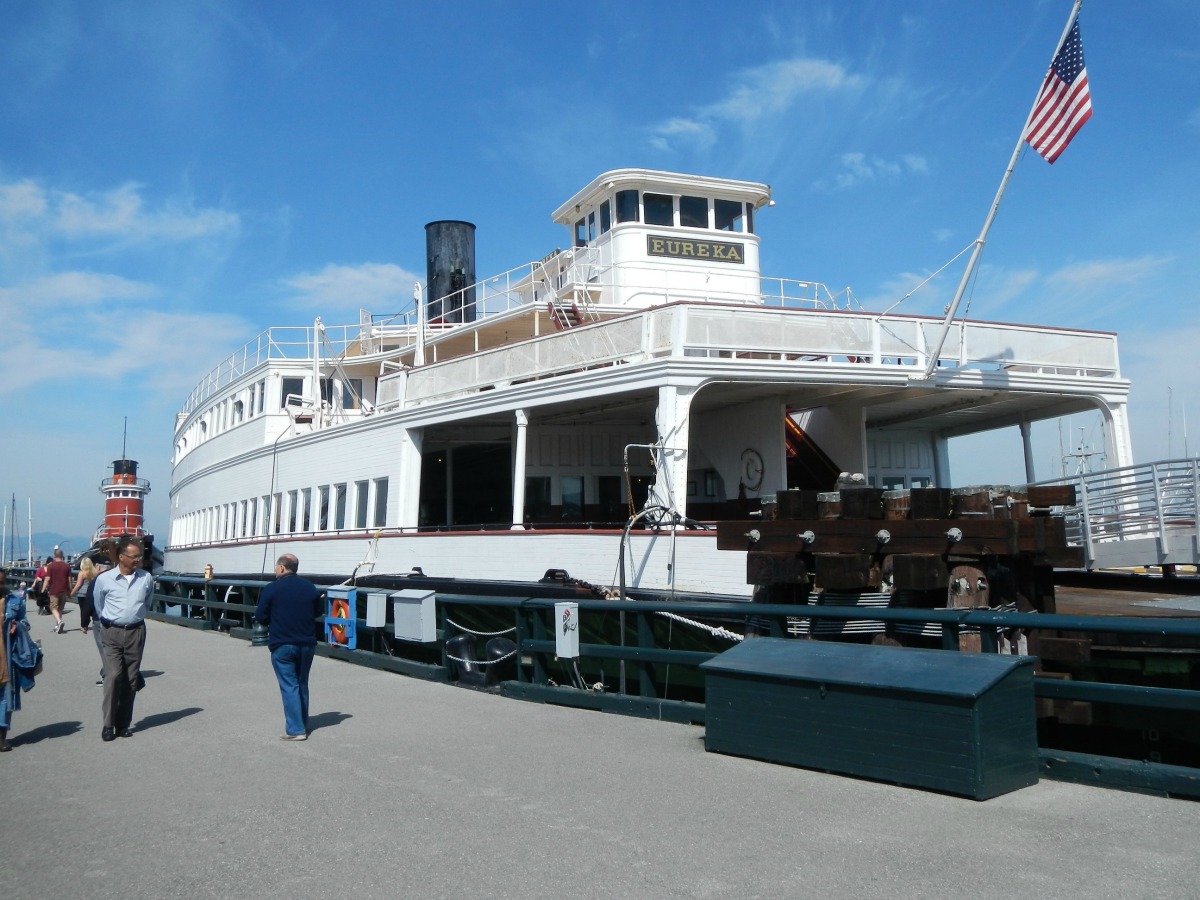 The ship originally carried commuters between San Francisco and Tiburon during the day and hauled railroad freight cars at night. In 1907, Ukiah was re-routed to the Sausalito–San Francisco Ferry Building route by its new owners, Northwestern Pacific Railroad.
As automobiles became more common, motorists wanted to "drive across the bay". Since there were no bridges on San Francisco Bay at the time, Ukiah was able to meet this demand via a refitted lower deck designed to handle vehicles. The deck above (also enclosed) was expanded for passengers.

During World War I, Ukiah carried munition-filled rail cars for the war effort. Overloading of the ship caused hull strains so severe that the government paid for complete rebuilding of the ship. Shipwrights at the Southern Pacific yard labored for two years—eventually replacing all of its structure above the waterline. This kind of reconstruction was called "jacking up the whistle and sliding a new boat underneath." The refurbished ferry was christened Eureka in honor of the Northern California city, which also happened to be the new northern termination of the Northwestern Pacific Railroad.

Between 1922 and 1941 Eureka was on the Sausalito commuter run. As the largest of the Northwestern boats, Eureka made the heaviest commuter trips - the 7:30 from Sausalito and the 5:15 from San Francisco. Each trip averaged 2,200 passengers. During this period the upper deck included seating areas, a magazine stand, and a restaurant that served full meals.

Eureka was primarily a passenger boat, carrying very few cars. After 1929, though, she sometimes made an extra run from the Hyde Street Pier in San Francisco, carrying autos on Sundays.

During the war years, Eureka joined a number of bay ferries in the work of transporting troops from Camp Stoneman in Pittsburg, California, up the Sacramento River, to the Port of Embarkation piers in San Francisco.

By the 1950s Eureka served by linking Southern Pacific's cross-country trains, which terminated at Oakland, with San Francisco until 1957, when she snapped an engine crank pin. That service was discontinued the following year. In 1958, Eureka joined the fleet of historic ships now at the National Historical Park.

In the late 1990s she was used as a main filming location for the TV-show Nash Bridges.

In October 1999, Eureka entered San Francisco Drydock for a $1 million restoration project focusing on the vessel's superstructure—the above-water portions of the vessel. A significant portion of that restoration was the replacement of the boat's "kingposts"--four large wooden structures that support the paddlewheels and upper decks.

Although a number of large ferryboats survive in the US, Eureka is the only one with a wooden hull. She is one of the most impressive remaining examples of traditional American wooden shipbuilding.

View of the middle of the port side of the ship
Beneath her upperworks, the round-bottomed hull is 42 feet (13 m) wide and 277 feet (84 m) long. The house rests on a platform extending 18 feet (5.5 m) from the hull on either side.

With the increased length of 5 feet (1.5 m), Eureka became the largest wooden passenger ferry ever built. She was certified to carry 3,500 people.