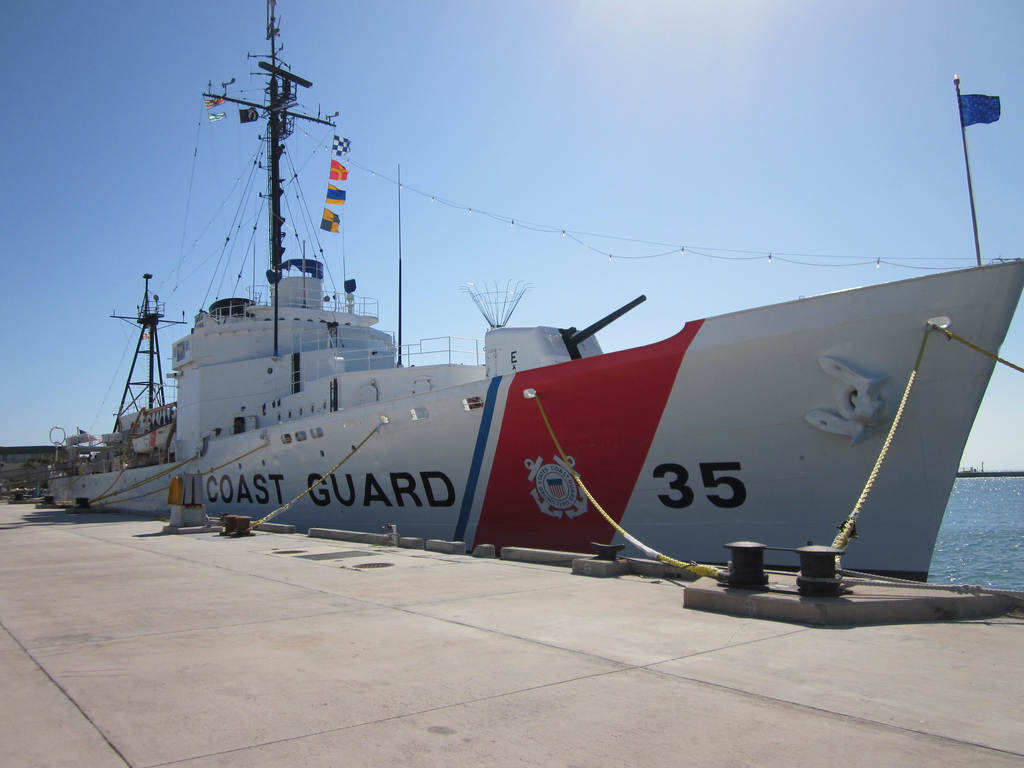 Ingham was built at the Philadelphia Navy Yard. The Treasury Department awarded her contract on 30 January 1934. Her keel was laid on 1 May 1935 and she was launched on 3 June 1936 along with her sisters William J. Duane and Roger B. Taney. Ingham was christened by Ms. Katherine Ingham Brush on that date and the new cutter was formally commissioned on 12 September 1936.

Ingham served with distinction during World War II on convoy duty. Protecting ships ferrying vital supplies to Britain, Ingham battled stormy weather, German U-boats, and enemy aircraft. On 15 December 1942, during one crossing, Ingham engaged and sank the enemy submarine U-626. After 1944, Ingham served as an amphibious flagship and she would later take part in three campaigns in the Pacific Theater. Ingham was the last active warship in the US fleet with a U-Boat kill.

Ingham earned two Presidential Unit Citations for her service in Operation SEA LORDS and Operation SWIFT RAIDER during the Vietnam War on a deployment from 3 August 1968 to 28 February 1969.

On completion of her deployment to Vietnam the Ingham returned to regular Coast Guard duties, serving until 1988, when she was decommissioned. At that time, Ingham was the second oldest commissioned U.S. warship afloat, second only to USS Constitution in Boston, Massachusetts.

Acquired by Patriot's Point (located near Charleston, South Carolina) in 1989, Ingham was displayed along with the aircraft carrier Yorktown, the destroyer Laffey, and the submarine Clamagore until 20 August 2009.

On 20 August 2009 Ingham was towed to the Coast Guard piers in North Charleston, South Carolina for minor repairs and to await dry docking. She underwent a short dry docking period at Detyen's Shipyard in North Charleston and was then towed to Key West, Florida arriving there on 24 November 2009. She is now a member of Key West Maritime Memorial Museum.

The Commandant of the Coast Guard has declared Ingham the National Memorial to Coast Guardsmen Killed in Action in World War II and Vietnam. These 912 casualties are identified on a memorial plaque on Ingham's quarterdeck. Ingham was declared a National Historic Landmark in 1992.